Modern daily life is founded in cities, where 55% of the world’s population now lives, a figure that is expected to reach 70% in 2050, according to the United Nations. It is home to spaces for production, work, essential services and leisure. In this scenario, urban mobility is an essential element for the economic vitality of cities, social justice and the quality of life of citizens. In addition, it is an excellent thermometer to measure the efficiency of modern cities.

Cities that invest to facilitate the movement of citizens directly contribute to the reduction of CO2 emissions, when they reduce car traffic. This also reduces air and noise pollution, directly affecting the quality of life of its residents . In addition, the decrease in travel time is directly associated with individual freedom to enjoy the city.

Member of the largest global coalition of mayors and local authorities, the Global Covenant of Mayors for Climate and Energy, Sorocaba is one of the Brazilian cities that stands out in the mitigation actions that involve urban mobility. Respecting the basic need of citizens to get around and aiming to facilitate the movement from one point to another, the city, located in the metropolitan region of São Paulo, has invested heavily in public transport.

The first highlight is the fast bus transport, known as BRT. It is a system designed to improve the flow of passengers, the quality of the transport system and remove the typical causes of delay. The system combines capacity, speed, flexibility, simplicity and low cost in a bus line system.

In August 2020, the north-south axis of the BRT (Bus Rapid Transport) came into operation, which over the years should promote the sustainable development of the municipality, with energy efficiency and significantly reducing the emission of pollutants and greenhouse gases. greenhouse, as it encourages the use of public transport in the city. According to estimates by management, the BRT system can prevent the emission of 101,750 tons of dioxide c arbono (CO²) per year. 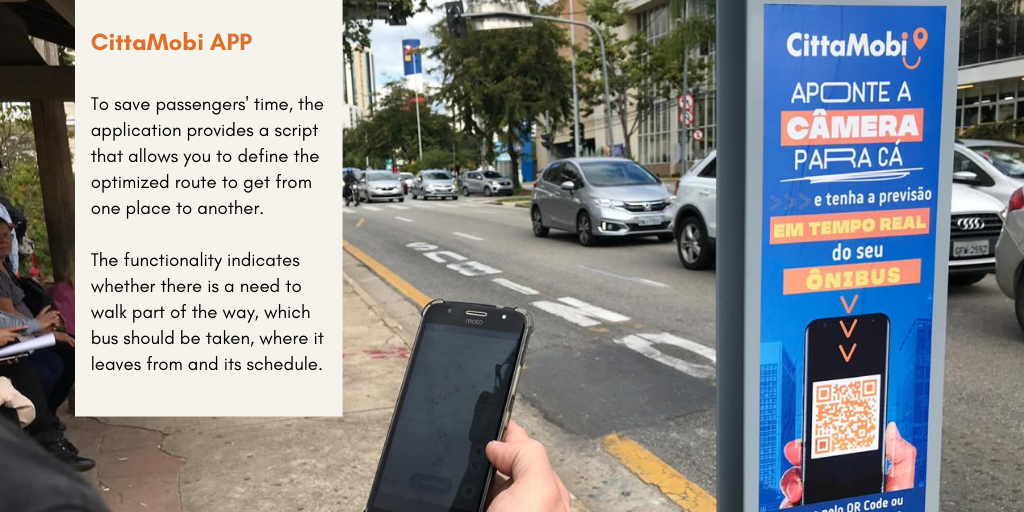 The entire BRT system has photovoltaic plates of solar energy, which are responsible for supplying clean energy to the administrative and operational units, installations and fixed structures, such as the embarkation and disembarkation terminals and stopping points. “With that, Sorocaba becomes a pioneer in the bus transport segment by investing 100% in the use of photovoltaic energy as a power source”, highlights Mayor Jaqueline Coutinho1. With an entirely sustainable transport system in mind, BRT will also have a rainwater reuse system at the Vitória Régia, São Bento and Nova Manchester terminals, in addition to stations with thermal comfort; LED lighting; besides all buses have noise and pollutant reducers.

“We believe that with an efficient urban transport system like BRT Sorocaba, the population benefits from faster, more predictable and comfortable bus trips, which favors the increase in the number of passengers. Consequently, if more people use public transport, there is a reduction of cars on the streets ”, highlighted the administration.

The mobility web is further enriched by the wide network of cycle paths available to Sorocaba. There are 127 kilometers of bike paths that cut the city from East to West and from North to South, predominantly in the North Zone. Of the total, 118 kilometers are segregated cycle paths and 9 kilometers of exclusive lanes shared with buses .

The city’s cycle plan began to be implemented in 2006 with the Pedala Sorocaba Program and the city’s investment in cycle paths is considered to be an investment in the quality of life of the citizen, as it makes transportation time between home and work shorter. .

In addition, the bike path also becomes a space for leisure and physical activities, where the Sorocaban can take care of your health.

For the Sorocaban government, and engage the whole society to act in favor of the climate, as a shared task between government, companies, civil society and organizations, awakening a critical look on how to act to mitigate the effects of climate change is the biggest challenge . “ Small attitudes can generate positive impacts and economic sectors across the region must rethink their models and strategies” said Jaqueline Coutinho.

Check out the testimony of Mayor Jaqueline Coutinho, in which she details the advances made in the city and the benefits of participating in the Global Covenant of Mayors for Climate and Energy

Government teams from Latin America, North America and Europe represented the IUC at the European Week of Regions and Cities